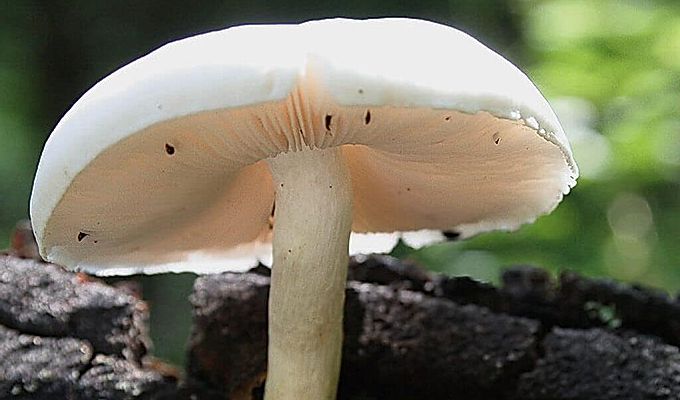 There are over a thousand different types of edible mushrooms in the world. The rogues also belong to them. This mushroom belongs to the Pluteaceae family. The names pluteus and pluteus are also used.

The fungus grows on woody debris and is a representative of the forest area.

They differ in the cap-toothed fruiting bodies. Plutey does not belong to the category of popular mushrooms, therefore, it is rarely harvested.

Not so long ago, scientists have proven that some of its types contain small doses of the hallucinogenic psilocybin, so it should be used with extreme caution for culinary purposes. Only certain types of spit are safe and are occasionally picked by mushroom pickers. For nature, these mushrooms play an extremely important and unique role: they destroy dead wood. The rogue mushroom is a "orderly".

Representatives of this genus are everywhere except Antarctica [1]

The species composition of fungi is described little, so it is impossible to say about the exact number of its species in the whole world [2] [3]

At this time, about 50 species have been studied and recognized [4]

This is a conditionally edible mushroom. Its cap in diameter can reach up to 10 cm. It is whitish in color, has wrinkles, and there is a small tubercle in the center. Younger forms are distinguished by a more semicircular cap. Over time, it takes on a prostrate shape. The pulp has a whitish tint and changes at the cut site. It tastes rather bitter and smells like a fresh radish.

This type of mushroom often grows in the forests and parks of our country. It is often confused with the deer spitting. They are very similar, but differ in a number of ways:

This mushroom grows mainly in the summer and until mid-autumn. On the territory of Russia, its appearance can be found most often in the Samara, Rostov and Perm regions.

It is used in food quite rarely. For safe use, the sticks must be soaked and boiled several times.

The mushroom acts only as a component of various dishes, because by itself it is absolutely tasteless. It is not found in traditional medicine recipes. Other names: 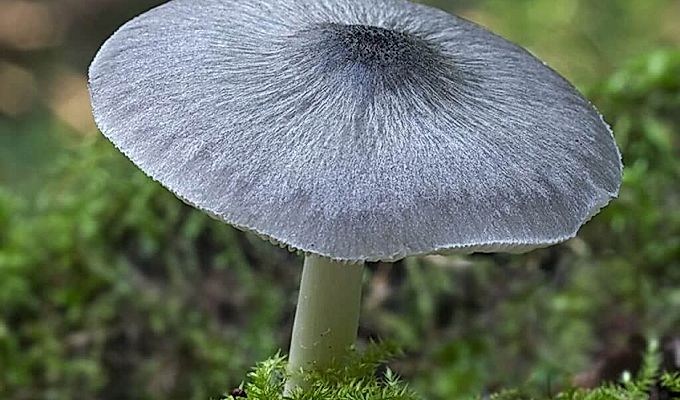 It belongs to the edible species, but in the 1980s, researchers recognized it as hallucinogenic. Its cap is about 7 cm in diameter, the color is grayish-ash, sometimes even pink or blue is found. Young representatives have a bell hat, which eventually changes to an open one. The edges of the cap are often darker than the center. In mushrooms of this species, a white leg, which tapers upwards, has the shape of a cylinder. Its structure is somewhat fibrous.

The pulp of the mushroom is light, sometimes even whitish. In its raw form, the mushroom has a sour taste and a rather intense aniseed aroma.

It is eaten exclusively in dried form. In folk medicine it is not applicable in any way.

It is an edible mushroom. Its cap is 3-5 cm in diameter. It is predominantly bell-shaped or completely flat in its shape. The color is whitish or grayish. The leg reaches a height of 6 cm, it is smooth and rather dense. The pulp of this mushroom does not have a pronounced smell and taste.

It is most often found in deciduous forests on rotten wood. Prefers oaks and poplars.

Most often it is dried or fried. It does not require additional processing.

Quite often, its popular name is found - membranous plyutei.

It is an inedible pluteus. Mushrooms of this variety have a white, grayish or yellowish cap. Sometimes there are small scales on it. In young forms, the cap is convex, but over time it becomes flat or depressed. The mushroom is dry to the touch, but sometimes it is a little slippery.

Its flesh is whitish and does not change at the cut. It has a pleasant mushroom aroma and a slightly sweet taste.

Inedible look. Its characteristic color is gray; fruit bodies with a brown or almost black color are less common. The pulp is quite brittle, whitish. The deer got its name due to the specific coloring of its cap. In addition, it has a pungent, slightly tart radish odor.

This mushroom grows for a long period in all European countries.

The mushroom is not edible. It is often called brown spit. [6]

This creeper has a grayish-brown cap with small scales. Differs in fleshiness. The pulp is whitish, odorless.

Grows on deciduous wood. Quite often you can find him in the city. They don't use it in food, nor in medicine.

Among the representatives of this family, there is more than one edible species, the main of which is the reindeer crab. However, it is also rarely harvested and is considered a product of mediocre quality. Umber is also used for food and cakes.

Most of the representatives of this family are inedible mushrooms, for example, the noble cod and the dwarf cod. In some mushrooms, the nutritional and toxic properties have not yet been studied, therefore they are considered inedible.

The possibility of medicinal use of spits is being studied [7]